Devotion to the Immaculate Heart

“Jesus wants to establish in the world devotion to my Immaculate Heart. I promise salvation to those who embrace it, and these souls will be loved by God, like flowers placed by me to adorn His throne.”

These touching words of Our Lady of Fatima call out to us today. Are we devoted to her Immaculate Heart? Is this devotion evident in those around us?

The children of Fatima did their part; now we must do ours.

In Catholic piety, as in Catholic belief, Jesus and Mary are never apart. Though our veneration of the Mother never infringes on the supreme worship that we reserve for the Son, yet, in due subordination, it invariably accompanies it. In the Church’s calendar of feasts we find the mysteries of Mary’s life commemorated side by side with the mysteries of Jesus; her name has its special solemnity just as His; her titles and offices are held in corresponding honour. Hence it was to be expected that when public devotion to the Heart of Jesus appeared in the Church devotion to the Heart of Mary should soon follow.

Private devotion to the Heart of Mary had at all times existed among the faithful, and some dioceses and religious congregations had the privilege of celebrating a Mass and office in its honour. In our own times the Church has officially given its approval to the devotion by the institution of the feast of the Immaculate Heart of Mary to be held on August 22, the Octave day of Our Lady’s Assumption.

Devotion to the Heart of Mary has, with proper reservations, the same characteristics as devotion to the Heart of Jesus. Our attention and veneration are first directed to the physical heart itself. This we honour because it is the noblest organ in the body of the Mother of God, the holiest body, her Divine Son’s excepted, ever created. But we honour that heart more particularly because of all that it suggests, all of which it is the expressive symbol and living reminder—Mary’s holiness, her virtues and perfections, her joys and sorrows, her virginal love for God, her maternal love for her Divine Son, and her compassionate love for men. The actual heart of flesh has an essential part in our veneration; but it is not so prominent to the mind as in the devotion to the Heart of Jesus. We think rather of the thing symbolized—of Mary’s love, virtues and sentiments.

Saint John Eudes the apostle of this devotion explains it: “When we honour the Holy Heart of the Mother of God, we honour the Heart that, of all hearts, after the Heart of her Son, is the most worthy of our admiration, the most perfect, the most beloved of God, the most adorned with every kind of virtue, the most full of grace and love; the Heart that has the most tenderness for poor sinners, that is the meekest, the most compassionate, the most merciful, the most charitable, the most beneficent, the most amiable; in a word, the object that after the Heart of Jesus has the greatest charm for Heaven and earth. It is, therefore, for the best reasons that we should make this Holy Heart the object of our tenderest devotion, and pay it all the honour and respect that its own excellence and the favour that we have received from it, demand.”

At first, then, the Heart of Mary was honoured for all the virtues, sentiments and dispositions that it symbolizes; but in time the Blessed Virgin’s holiness and purity became the special object of devotion. The first feasts in honour of her Heart were the feasts of the “Holy Heart of Mary” and the “Most Pure Heart of Mary.” Now the title which the Church officially uses is the “Immaculate Heart.” It is the innocence and sinlessness of Mary, her purity of soul and body, that we are specially invited to contemplate and revere. The Immaculate Heart of Mary is the garden enclosed where sin and Satan never entered in, the pure fountain sealed with the seal of the Holy

Spirit, the Paradise or pleasure place of God abounding in delights. The Church teaches that she was conceived free from original sin and that the beauty of her soul was never tarnished by the stain of actual sin; sin, even the most venial, had no part in her. Never for a moment was her will at variance with God’s designs; never in thought or word or act was there found in her anything that was in the least way displeasing to God, nay, that was not most pleasing to Him. Out of all the fallen race of men she alone was worthy of her Creator’s praise: “Thou art all fair, my beloved, and there is no spot in thee.”

Admiration for the sinlessness of Mary should lead us to desire this same blessing for ourselves in that limited degree which we may acquire. Now the fruit of devotion to the Immaculate Heart should be a great concern for sin; this comprises a horror of sin in itself, great sorrow for sin committed and a determined will to avoid it in future. In describing this aversion to sin, Saint Ignatius in his Spiritual Exercises observes that there are two states of soul. The first is the habitual state of one who is so obedient to the law of God that for the gain of all created things, or even for the saving of his life, he would not seriously entertain the thought of transgressing any commandment that binds under pain of mortal sin. Such a state is not difficult to acquire with the aid of God’s grace and the patronage of Mary. The second state of soul is much higher. It consists in the same aversion to deliberate venial sin; it is the habitual state of one who would not, for all creation, or to save his life, seriously contemplate the committing of a venial sin. This state is indeed difficult for human nature to attain and it can be attained only by those who have the will of God very much at heart, and who have acquired a firm mastery over the wayward inclinations of nature.

It is true that we cannot avoid all deliberate venial sins, for as Saint John says, “If we say that we have no sin, we deceive ourselves, and the truth is not in us”; but we have it in our power, with God’s grace and Mary’s intercession, to avoid as a rule those that are fully deliberate, and to prevent the less deliberate faults from becoming habitual. This aversion to venial sin constitutes that purity of soul which is the proper fruit of devotion to the Immaculate Heart. 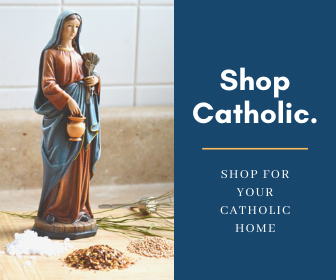 In this purity of soul or freedom from sin is included purity of body or chastity. Unless there is concern for chastity there can be no security from grave sin. On the other hand where chastity is cherished there all the other virtues flourish. Chastity is the virtue which we specially associate with devotion to the Immaculate Mother. The beautiful words of Cardinal Newman are indeed true: “It is the boast of the Catholic religion that it has the gift of making the young heart chaste, and why is this, but that it gives us Jesus Christ for our food and Mary for our nursing mother?”

Love for Mary is youth’s great protection in the dangerous years of adolescence. Her name breathes purity, and it is no sooner invoked than dangerous temptations are put to flight. But the Virgin Mother is equally the patron of those who live in married life and who have to submit to all the restraints of conjugal chastity. In these modern times when the sanctity and obligations of marriage are openly flouted, the Catholic Church gives a sublime example in the chaste lives of her married children. Such sanctity of the married state comes from the love and veneration that the Catholic husband and wife have for the Virgin Mother.

Above all the Mother most Pure is the patron of those who have dedicated themselves to the special love and service of her Son by professing perpetual chastity. For such as these Mary has a very tender love, and she cares for them most jealousy. She is truly their Mother, and they may confidently look to her for the strength they need to persevere in their lives of sacrifice and renunciation.

From her they may learn the virtues that safeguard chastity. “Virgins,” said Saint Ambrose, “virgins, let our perfect pattern of virginity be the life of Mary in whom as in a mirror is reflected the face of chastity and the figure of Virtue. Her you must take as a model. She was a virgin not only in body but also in soul, for never has her love been impaired by any trait of evil. She was humble of heart, grave in speech, prudent in mind, reserved in conversation, devoted to the reading of the Holy Scripture. She was attentive to work, modest in her ways, sparing and plain in diet, sleeping only when necessary and then in heart watching, used to seek not man’s will but God’s, desirous only to know the teaching of the Lord, wishing to know God though she had given birth to God… How many and striking are this Virgin’s virtues! How great will be the company of virgins whom she will go to meet on the threshold of their heavenly home! How many will there be whom she will embrace and lead to the Lord, saying, My Son, these are thy spouses who have kept inviolate their vows.”